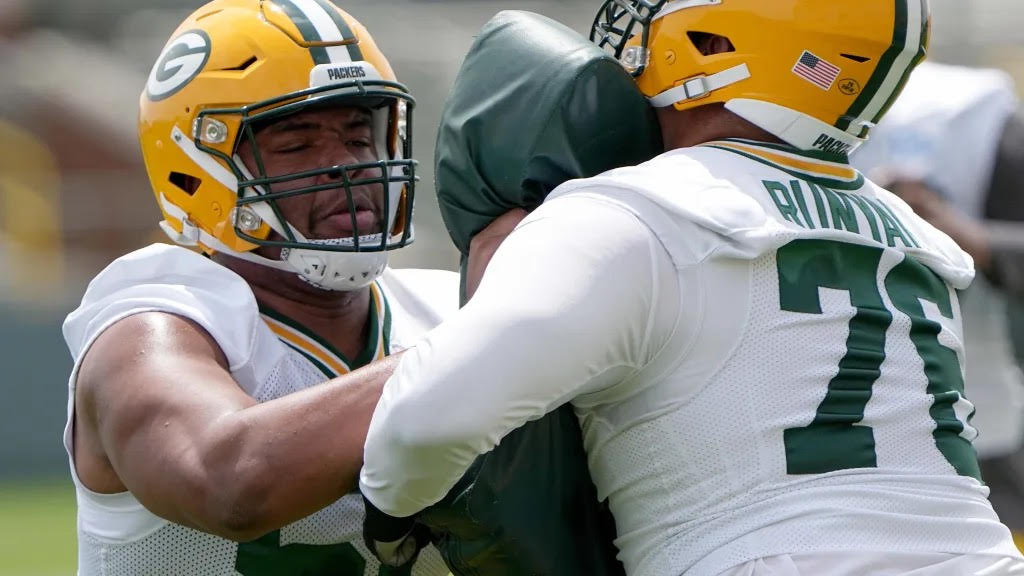 Stop me if you’ve heard this one before: The Green Bay Packers found a solid offensive lineman in the middle-to-late rounds of the NFL Draft.

Zach Tom, Green Bay’s 2022 fourth round pick from Wake Forest, has been outstanding in the preseason at multiple spots.

According to PFF, Tom had 69 pass blocking snaps and didn’t allow a pressure, posting a pass-blocking grade of 87.6% — which was highest of any rookie lineman in the league this preseason.

But it’s no surprise that the team from Titletown may have found another gem up front on day three of the draft. It’s seems that’s been a trend for the Packers front office.

The majority of the top guys in the offensive line room were either day three finds or went undrafted. Outside of Tom, David Bakhtiari (4th rd.), Royce Newman (4th rd.), Jon Runyan Jr. (6th rd.), Jake Hanson (6th rd.) and Yosh Nijman (Undrafted) are players the Packers will likely count on at various points throughout 2022.

That the Packers haven’t needed to draft an offensive lineman in the first round is a testament to the organization’s scouts, coaching and consistent offensive line play over the past decade.

I think the most exciting part of the offensive line room the Packers have crafted this season is the versatility.

Many of the fellas up front have been mixed-and-matched and have shown the capability of playing multiple positions.

That’s no different for Tom, who has played everywhere except center during practices. At right tackle and left guard during preseason contests, Tom has shown patience, quick feet and strong balance in pass-protection. In the run game, he’s also excelled.

Many are calling for Tom to be included in the starting five if Elgton Jenkins and/or David Bakhtiari aren’t ready to go when the Packers play Minnesota on Sept. 11.

While I generally agree, I won’t try and take a stab at who those starting five could be come Week 1.

All I know is that I’m happy that Green Bay has seemingly, once again, found another gem up front on day three of the draft.