WILLIAMS, Ariz. – The Williams Vikings sailed to an easy, 60-0, win over the Salome Frogs Sept. 2 in Williams.

With the win, the Vikings have a 3-0 record and are ranked No. 1 in the 1A Conference.

Quarterback Danny Siegfried threw for 324 yards, with 19 attempts and 15 completions. He threw for five touchdowns, and averaged 21.6 yards.

On the defensive side, Siegfried had five tackles, including one solo tackle, and one interception. 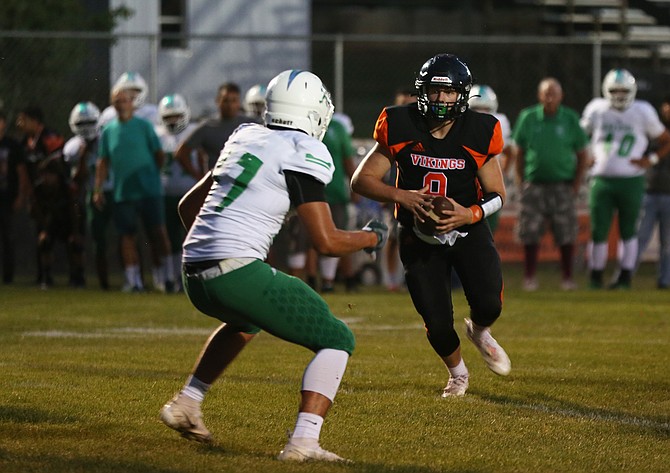 Running back Drew Logan rushed for 72 yards on 13 carries. He also caught four passes for 161 yards, and made two touchdowns. 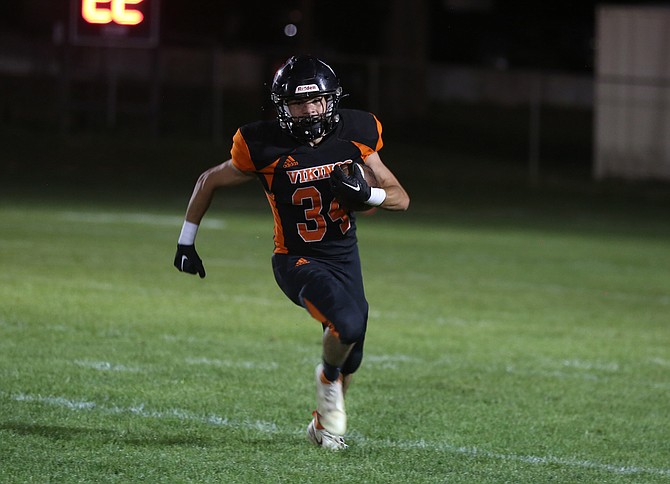 Gabe Lowe had five receptions for 91 yards and one touchdown. On defense, Lowe had 13 tackles, including seven solo tackles.

Bryton Cox had four tackles, including one solo tackle.

Ethan Michelena and Ryan Burns recorded one quarterback sack each.

The Vikings travel to Bagdad this Friday, Sept. 9 to face the always tough Sultans. Game time is 7 p.m.