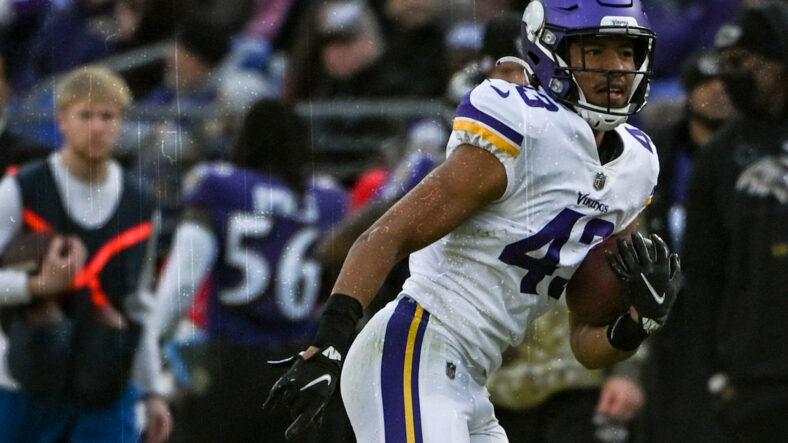 Indeed, the Vikings may not feel the same with Kevin O’Connell, but the “usual suspects” of Kirk Cousins, Justin Jefferson, Adam Thielen, Dalvin Cook, Eric Kendricks, Harrison Smith, etc., return for the 2022 season.

The Vikings newcomers are primarily on defense, probably a byproduct of the team surrendering more points in the final two minutes of halves to opponents last year than any franchise in the last two decades. Minnesota’s defense needed a facelift, and Kwesi Adofo-Mensah, along with Kevin O’Connell and Ed Donatell, provided one.

Compared to the last half of the 2021 season, these are the Vikings new starters:

Of course, Hunter and Irv Smith aren’t new-new, but they did miss the second half of the 2021 campaign. Irv Smith missed the entire season.

Quietly, Jonathan Bullard has emerged as a contender to start Week 1 against the Packers in “Armon Watts’ old spot.” Minnesota also traded for Ross Blacklock last week, presumably to start for Watts or to provide DL depth.

Camryn Bynum shined when afforded the opportunity as a rookie, filling in admirably for Harrison Smith versus the Baltimore Ravens and thereafter in spots. The Vikings drafted Lewis Cine in April to perhaps oust Bynum from the starting job, but that has not occurred yet.

Jordan Hicks found his way to Minnesota as a free agent from the Arizona Cardinals, where he played oodles of defensive snaps. He’s the “new Anthony Barr” for easy thinking and is as dependable as it gets as an off-ball linebacker.

Harrison Phillipsalso called Horrible Harrytakes over Michael Pierce’s job after Pierce’s two-year experiment in Minnesota flopped, mostly due to injury. Phillips was a fan favorite with the Buffalo Bills and could be poised to truly break out with the Vikings.

On offense, rookie Ed Ingram shanghaied the right guard job this summer, a development Vikings enthusiasts have dreamt about since Steve Hutchinson retired. Ingram won the job so definitively that Adofo-Mensah traded his competition, Jesse Davis, to the Pittsburgh Steelers for a menial draft pick last week.

Irv Smithlike Hunter, is back from injury and should be ready for Week 1. He’s on deck for a robust, oft-advertised “breakout” season in 2022, the fourth straight year folks [especially fantasy football brains] have predicted such a forecast

The Vikings are pegged by sportsbooks around a 9.5-win team in O’Connell’s first year, which would likely be enough for a playoff berth.