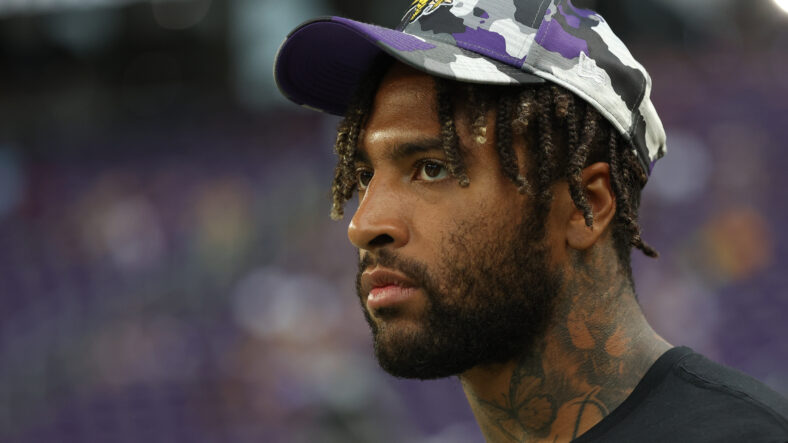 Alas, those same folks will get a glimpse at Smith as TE1 as early as this weekend.

Smith encountered a thumb injury in August — about 45 minutes after he returned to a football field following last year’s meniscus tear — casting uncertainty on his Week 1 prognosis. But Chris Tomasson from the Pioneer Press reported on Labor Day that the Vikings tight end is all systems go for Sunday.

The Vikings drafted Smith in 2019 from the 2nd Round, pegged as an afterlife plan for Kyle Rudolph, who now plays for the Tampa Bay Buccaneers. Smith and Rudolph split targets in Minnesota’s offense during 2019 and 2020 before Rudolph split for the New York Giants in 2021. With Rudolph “out of the way,” Smith was on deck for an oft-advertised “breakout season” as the undisputed TE1.

But fans never got the chance to see it. Smith tore his meniscus in a 2021 preseason game, ending his third year as a pro. In his stead, Tyler Conklin substituted wonderfully, later channeling his 2021 production into a $20 million deal with the New York Jets.

When Smith tweaked the thumb a month ago, some folks believed it was “more of the same” from Smith. And after Smith on the Vikings TE depth chart, it’s slim pickings, occupied by men like Johnny Mundt and Ben Ellefson. A reasonable case can be argued about tight end as the Vikings weakest depth position.

Still, Minnesota’s offense may not need two big-name TEs. The Vikings new coach Kevin O’Connell came from a Super Bowl-winning Los Angeles Rams system that employed Tyler Higbee and Johnny Mundt as TE1 and TE2 last year. The 2022 blueprint for the Vikings mirrors the 2021 Rams setup — and Smith might even be a bit more prolific than Higbee.

Hoping to build on a budding career resume with a clean bill of health, Smith has tallied 66 career receptions for 676 yards and seven touchdowns in 29 games. He’s known for athleticism and a skillset akin to a wide receiver.

The Vikings are 1.5-point underdogs this weekend at U.S. Bank Stadium versus the Green Bay Packers.