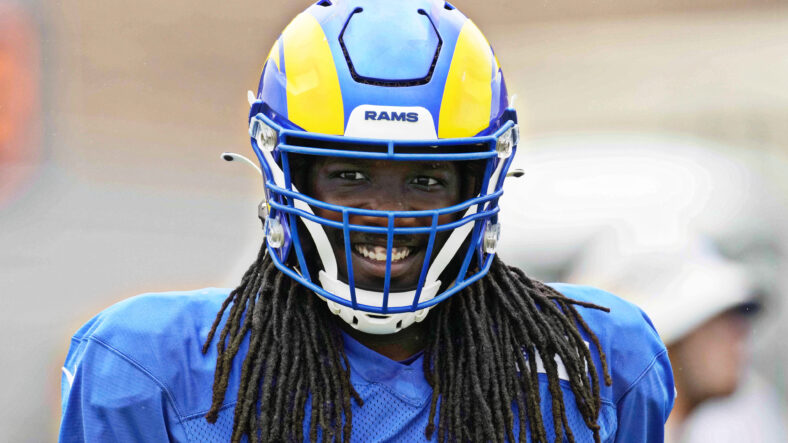 The Minnesota Vikings added a new face to the practice squad on Wednesday, signing linebacker Chris Garrett to the team.

Garrett, a Super Bowl champion, played at Concordia University in St. Paul from 2017 to 2020.

Garrett played in one regular season game last year, seeing 10 snaps on defense and special teams in Week 3 of the 2021 season against the Tampa Bay Buccaneers. But he remained on the 53-man depth chart for most of the season.

His 15 career forced fumbles at Concordia set an NCAA Divison II record, while his 1.3 sacks per game rank third in Division II history.

The 6’4″, 245-pounder is a native of Milwaukee, Wisconsin, and played high school football at Wisconsin Lutheran, where Baltimore Ravens offensive lineman Kevin Zeitler also attended. The Vikings have one other linebacker on the practice squad, William Kwenkeu, who received playing time during the 2022 preseason.

On Tuesday, the Philadelphia Eagles, who play the Vikings on Monday night, signed EDGE rusher Janarius Robinson off Minnesota’s practice squad. That opened up a spot on the practice squad, and O’Connell reportedly didn’t even need to try out Garrett because of the 2021 Rams familiarity.

The Eagles host the Vikings on Monday Night Footballa battle of 1-0 teams. Garrett is not expected to play unless something funky happens to the Vikings active linebackers.