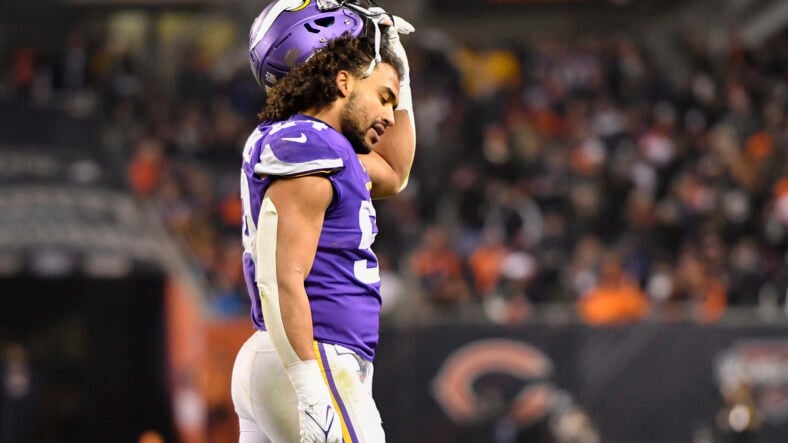 The Lions have two talented running backs. D’Andre Swift and Jamaal Williams are both great players (especially the former). For this reason, it’s important for the Vikings to commit to slowing down the Lions’ run game.

As we all know, things went poorly last week. Many could have predicted some challenges trying to slow down Jalen Hurts. What actually occurred, though, was far worse than what most people anticipated. Philly put up nearly 500 yards of offense.

At the very least, Minnesota needs to take one part of Detroit’s offense away. Beginning with their run game would be a good place to start.

Now, this is all easier said than done. The Vikings obviously would love to shut down the Lions’ run game. Finding the ability to do so from start to finish is quite a different matter. Currently, Swift has 20 carries for 200 rushing yards, meaning he’s averaging a robust 10 yards per carry. Williams, meanwhile, has 23 carries for 81 yards.

One has to think that making some changes to the personnel would be a good place to start. Currently, the defense is in their nickel package for the vast majority of the time.

Being in nickel for 86% of the snaps is remarkably high, especially considering how much the pass defense struggled in Week 2. It’s also worth noting that the Vikings lead the NFL in terms of how light the box is. Currently, they have an average of less than 6 men in the box.

One has to think, then, that Step 1 is to begin by putting more players in the box. Jonathan Bullard has done some good things. Perhaps some more plays with three defensive linemen – Dalvin Tomlinson, Harrison Phillips, and Bullard – would be productive.

Moreover, we ought not forget that the team also has Troy Dye and Brian Asamoah. Both are small for NFL linebackers. Nevertheless, both move really well. Getting three linebackers onto the field may be another way to make the run defense a bit tougher.

The Vikings defense needs to be better against the Lions. Being able to take something away from their offense is crucial. Dan Campbell’s squad can’t have the luxury of being able to run and pass throughout the game.

The game will take place this Sunday at U.S. Bank Stadium. Climbing to 2-1 would re-energize the fanbase before the Week 4 game in London.