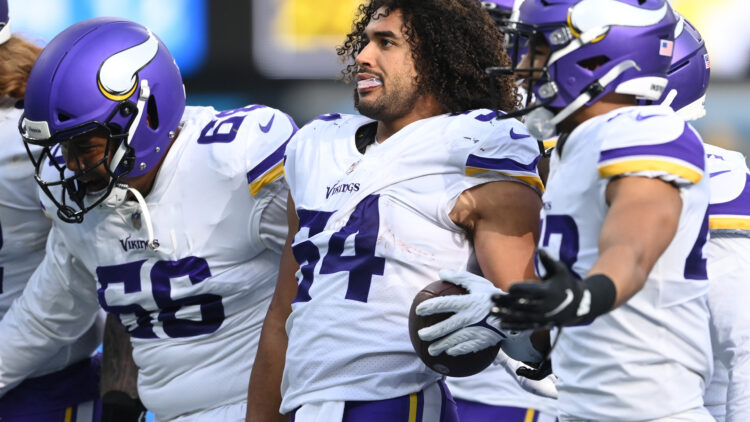 On Sunday in Minneapolis, onlookers of the Minnesota Vikings begin to decipher the mystery — is surrounding the same core of players with a new coaching staff indeed the blueprint for success?

The Vikings terminated general manager Rick Spielman and head coach Mike Zimmer eight months ago, opting for a new path with youth and offense-first thinking, brought to you by Kwesi Adofo-Mensah and Kevin O’Connell.

Removing Spielman and Zimmer was semi-predictable after back-to-back losing seasons soured the mood. Although, at the time, jettisoning Spielman could’ve gone either way. Meanwhile, Zimmer was assuredly on the chopping block.

But Minnesota’s ownership demanded a new everything in terms of leadership, welcoming two new young leaders and embracing the widespread tendency of offense-first. One is an up-and-comer with an economics background in Adofo-Mensah, and O’Connell just won a Super Bowl in Tinseltown with the Los Angeles Rams.

The men owned a license to rebuild the organization, tasked with deciding the fates of the two highest-paid players, Kirk Cousins and Danielle Hunter. After a few weeks of deliberation, Adofo-Mensah retained Cousins at quarterback, extended him by an extra year, and left Hunter’s contract as-is.

There would be no rebuild once hypothesized by fans.

After that, Adofo-Mensah showed his solemn commitment to the current roster by signing EDGE rusher Za’Darius Smith. Rebuilding teams don’t scour the free-agent market for big names like Smith. The defender defected from the Green Bay Packers — who the Vikings play in Week 1 — and will pair with the aforementioned Hunter for a fierce pass-rushing tandem.

And here’s where the mystery arrives — the one about core players trying winning on for size with different leadership. Fans saw zero glimpses of the Vikings offense or defense in the preseason. Those units could be absolutely marvelous or woefully rusty and terrible. O’Connell may be the next Sean McVay, or he could be dreadfully unprepared to lead a football team.

No hints were evident during the preseason because O’Connell refused to play the “big-name guys.” Sunday’s tryst with the Packers is a large surprise for Vikings fans. And the surprise unfolds against the most hated foe, in the Vikings building, with a first-time head coach.

Was Mike Zimmer holding the Vikings back? Minnesota’s brass is banking on the answer to that question as yes. Otherwise, the roster would’ve been firebombed and rebuilt with Adofo-Mensah’s canoodle.

By Monday morning, fans will have a significant indicator if the experiment is off to a promising start — or if the franchise suffered an embarrassing home loss.