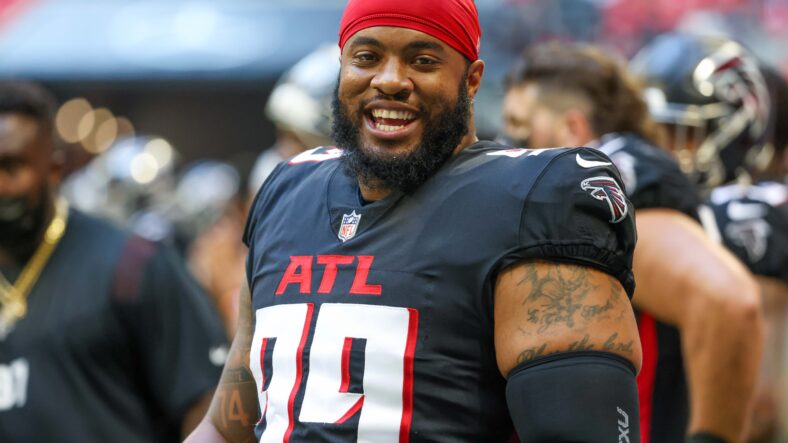 The Minnesota Vikings unveiled a 2022 depth chart with the regular season three days away — although they still call it “unofficial” — and one player stood off the page, unlike the rest.

Jonathan Bullarda free-agent DT-DE addition from June, was listed as a starter, clawing his way up the roster this summer in unforeseen fashion.

The Vikings moved on from Armon Watts last week — a stunner, to be sure — who was pegged as a starting defensive lineman inside Ed Donatell’s new defense. Watts was even listed as a starter on Minnesota’s preseason depth charts. But seemingly out of nowhere, the Vikings axed Watts amid roster trimdowns, and he quickly joined the Chicago Bears off the waiver wire.

Soon after the Watts waiver, general manager Kwesi Adofo-Mensah also traded for Ross Blacklock, who plays Watts’ and Bullard’s position, but even he is listed as a tentative backup to Bullard.

It’s time to accept Bullard as the team’s starter next to Harrison Phillips and Dalvin Tomlinson, even if feels against all odds.

Often, “guys like Bullard” are signed in the offseason and quickly fizzle. The Vikings signed Andre Mintze (OLB) and Albert Wilson (WR), for example, before the summer, and they didn’t remotely sniff the 53-man roster. Bullard seemed like one of those types.

But that hypothesis was wrong.

Instead, Bullard should get a fair shake to retain Watts’ job, especially after the Vikings have labeled him a starter. Blacklock is younger and may possess more upside, but let’s face it — Blacklock’s 50.4 grade from Pro Football Focus isn’t very thrilling. For Bullard‘s PFF resume to date, it’s a bit better than Blacklock’s:

At Florida in 2015, Bullard was 1st-Team All-SEC and 3rd-Team All-American.

Bullard was also a part of Ed Donatell’s defense with the Bears from 2016 to 2018. So, familiar ties win out in this scenario.