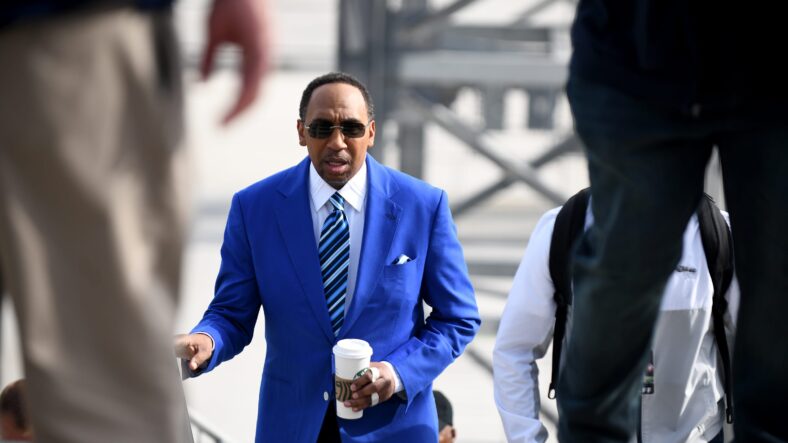 Kirk Cousins’ brilliance against the Green Bay Packers to start the 2022 season was quickly washed away in the court of public opinion when the Minnesota Vikings lost to the Philadelphia Eagles in Week 2.

Cousins authored one of his worst games as a Viking, throwing 3 interceptions to just 1 touchdown while Minnesota maintained a puncher’s chance to recapture the lead over Philadelphia in the 2nd Half.

Ultimately, Cousins and the Vikings offense did not deliver, and the Eagles won 24-7. Accordingly, savagery ensued as teams led by Cousins fell to 2-10 (.166) on Monday Night Football.

ESPN’s Stephen A. Smith was one of the critics, commenting about the Vikings quarterback on First Take“When you talk about moments where you are looking for your quarterback to step up, he never does.”

First Take’s panel actually did a nine-minute segment on Cousins’ woes against the Eagles. Here’s the full clip.

Smith also erroneously added, “He’s taken them to the playoffs once and stunk up the joint when he was there.”

Cousins took the Vikings down to New Orleans during the 2019 playoffs and dramatically walked off the Saints.

The Vikings were 7.5-point underdogs and upended the Saints 26-20, defeating New Orleans for the second time in three successive postseasons. However, to an extent, Smith is correct that Minnesota and Cousins performed poorly the following week at San Francisco.

Since joining the Vikings as a free agent in 2018, Cousins is accountable for 16 games with 3 passing touchdowns to zero interceptions — third-most in the NFL behind Aaron Rodgers and Patrick Mahomes. As for games with 3 or more interceptions, Cousins has produced three.

And the bad performances are amplified to high heavens, evidenced by Smith’s musings on First Take.