After years of Davante Adams–Derek Carr reunion rumors, the Raiders made that happen this year by completing a tag-and-trade transaction with the Packers. Rejoining his ex-Fresno State teammate, Adams will begin play on his five-year, $140MM contract this week.

The ninth-year wide receiver had already confirmed the Packers offered more money to keep him. Despite that, Adams requested to be traded out of Green Bay, according to Tim Keown of ESPN.com. 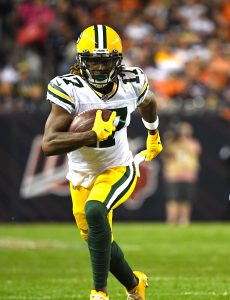 “The time came where I had to think about my overall life and happiness,” Adams said, via Keown. “Where do I want my kids to grow up? I love Green Bay, but I’m a West Coast dude and a lot of family — especially my grandparents — haven’t been able to see me play in close to a decade of playing pro ball. It’s all the same people that’s coming — and it’s not a whole lot.”

An East Palo Alto, Calif., native, Adams played with Carr at Fresno State from 2012-13. The two had discussed a reunion at various points — one coming in 2017, before Adams signed a $14MM-per-year extension to stay in Green Bay — but Carr called Adams shortly after the Raiders’ wild-card loss to the Bengals, Keown adds. Classifying his 2022 recruitment of Adams “egregious,” Carr said something to the effect of, “Hey, whenever you’re ready, I’m ready. Let’s figure this thing out” to his former college teammate ahead of the Packers’ divisional-round game against the 49ers. Carr’s recruitment of Adams, who was set for free agency before the Packers tagged him, continued between the Packers’ playoff loss and the March trade.

Aaron Rodgers discussed his pitch for Adams to stay earlier this year, but Keown notes the four-time MVP told Adams his time in Green Bay was nearing its conclusion and the wideout needed to make his own choice about his long-term NFL future. Although Adams added, “it is not like I orchestrated this; nothing like that,” the Packers accommodated the wide receiver’s wishes to be moved. It was known Las Vegas was his preferred destination.

The trade sent Adams out of the NFC, freed up some funds (Green Bay re-signed both De’Vondre Campbell and Rasul Douglas this offseason) and provided first- and second-round picks (used on linebacker Quay Walker and to move up for wide receiver Christian Watson).

The Raiders have Carr signed through the 2025 season, via the three-year, $141.5MM extension agreed to in April. While a narrow 2023 window exists for the Raiders to escape the extension comes after Super Bowl LVII — $40.5MM (his 2023 base salary and part of his ’24 base) is due on Feb. 15 — the Carr-Adams connection reforming makes it highly unlikely the Raiders would bail on this pairing after one season. Las Vegas also has Hunter Renfrow signed through 2024.