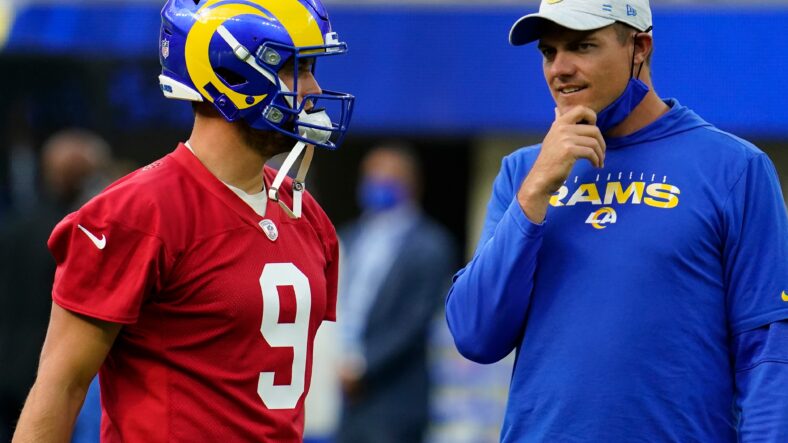 VikingsTerritory’s Purple Rumor Mill is a two-day chronicle each week. All the week’s rumors are lassoed and plopped in two spots — articles on Saturday and Sunday — for review. Today is the September 17th edition.

Remember — rumors are rumors. What you read on weekends in these pieces is what the world is talking about pertaining to the Vikings, not necessarily items that will come to fruition.

Rumor: Kirk Cousins can be “this year’s Matthew Stafford.”

Well, of course he can.

Cousins and Stafford are 1a and 1b for quarterback performance. The world just loves Stafford and, well, doesn’t love Cousins. Yet, their toolkits are similar, and stats are like the Spider-man meme, with Cousins even edging Stafford in meaningful categories.

Cousins is already Stafford. It’s up to O’Connell, the defense, and the offensive line to perform like the 2021 Rams, unlocking a playoff push.

A George Paton signing in Denver to be sure, Anthony Harris currently lives on the Broncos practice squad.

Denver lost safety Justin Simmons for at least four weeks to a thigh injury. Harris is the contingency plan. For the Vikings in 2019, Harris played like an absolute madman — in a good way — but returned to orbit in 2020. Then, he was decent in Philadelphia last year.

Harris will eventually be called up to the Broncos active roster. A man who’s played in 91 career games shouldn’t stay on the practice squad forever.

The purest form of Harris is more than good enough to play in Denver’s defense, especially with Simmons out for a month-plus.

Rumor: Kirk Cousins over Lamar Jackson would be a wise roster choice.

See, this is where folks get carried away.

This idea was advanced by Chris Russo on ESPN this week.

Jackson is a league MVP, and Cousins isn’t. Plus, Cousins is 34 years old, and Jackson is 25. Choosing between “one or the other” is a no-brainer, and a team should pick Jackson.

However, Russo prefers Cousins in a one-game scenario. Jackson had a bad 2021 season, but nobody cared because his name is Lamar Jackson. Moreover, just like Cam Newton, Jackson’s style of play suggests he’ll only play at this normally-high level for about five more seasons. Then, he’ll be too beat up.

Debate this until your blue in the face, but Jackson is a better playmaker than Cousins. You take Jackson over Cousins if [for some reason] forced to choose.