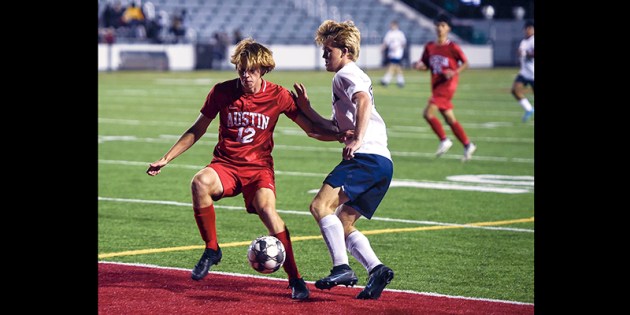 Austin’s Andrew Clausman sweeps in to take over the ball during the first half against Albert Lea Thursday night in Art Hass Stadium. Eric Johnson/photodesk@austindailyherald.com 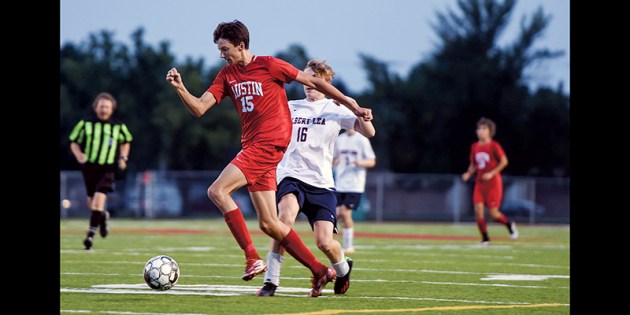 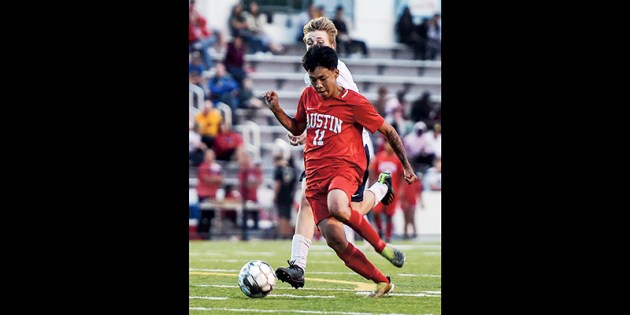 Austin’s Taw Reh readies for a shot against Albert Lea during the first half Thursday night at Art Hass Stadium. Eric Johnson/photodeks@austindailyherald.com 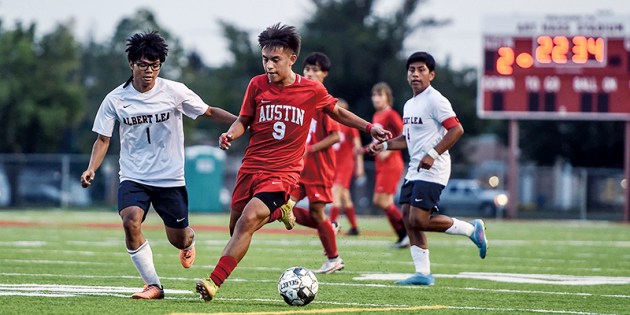 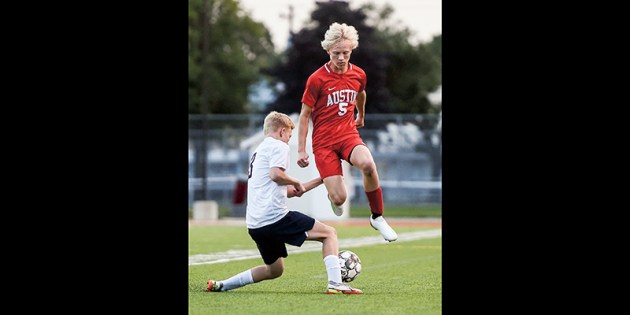 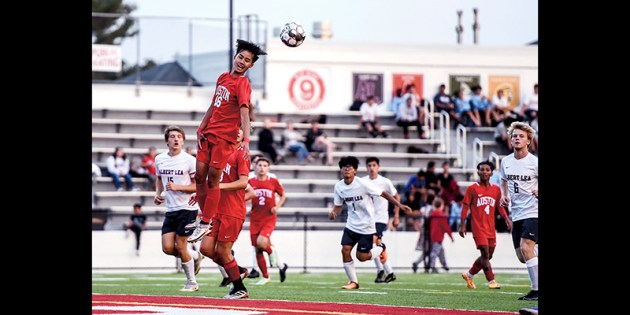 Austin’s Oo Reh just misses on a header against Albert Lea Thursday night in the first half at Art Hass Stadium. Eric Johnson/photodesk@austindailyherald.com

The Austin boys soccer team found its groove as it started fast and finished strong in a 6-0 win over Albert Lea (0-5 overall) in Art Hass Stadium Thursday.

The Packers (3-5 overall) jumped out to an immediate 2-0 lead when Javier Juarez and JuJu Thwang each scored in the first four minutes of the game. Juarez, a junior, would add a second goal to make it 3-0 with 10:01 until halftime and Thwang, a sophomore, tacked on two second half goals for his first ever varsity hat trick.

“As a team we played well tonight. We don’t want to lose a game again and we want to win every game,” Thwang said. “We have to play together. I’ve learned to talk a lot more this year and that helps the team out.”

The victory stopped a three-game losing skid in which the Packers had been outscored 7-2 and it is also the first time Austin has scored more than three goals in a game this season.

“We’ve had a lot of close games and we’ve struggled with different aspects,” Austin head coach Jens Levisen said. “It was nice to see us move the ball and use the whole field. I thought the kids played well tonight.”

Austin is still battling injuries and a pair of starters have been out this week. Juarez was one of the Packers who stepped up his game in the absence of other key players.

“Chances don’t come easy. We have to work for it,” Juarez said. “There are a lot of players on the bench who want to play and this has been an opportunity for people to see some of that talent we have.”

Oo Reh scored a late goal for the Packers when he blasted in a free kick from nearly 50 yards out.