Packers bring their best in tough loss to a tough team 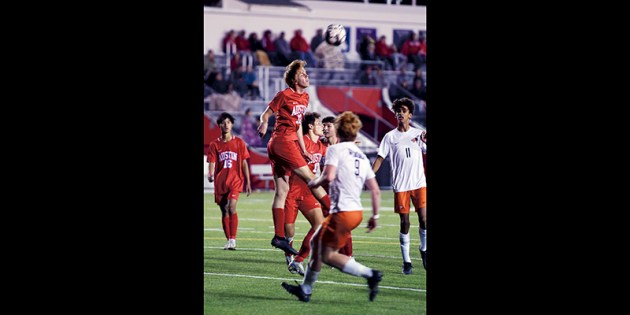 Austin’s Andrew Clauseman reaches up to head a ball during the second half against Winona Thursday night at Art Hass Stadium. Eric Johnson/photodesk@austindailyherald.com 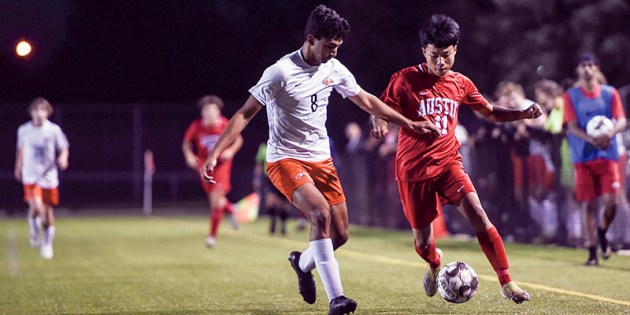 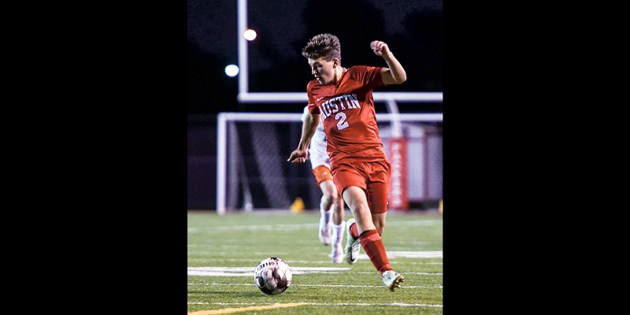 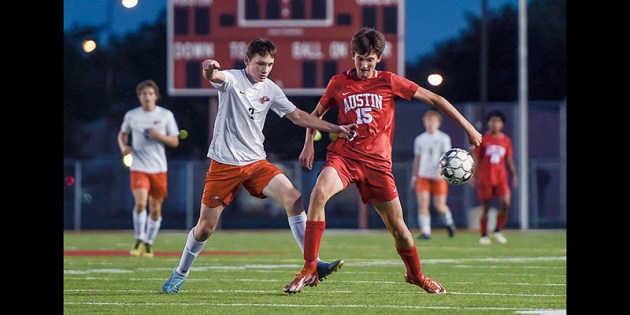 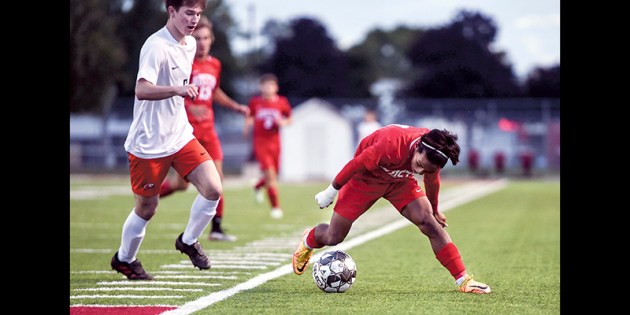 Austin’s Cung Biak Thawng keeps his footing in battle for the ball during the first half Thursday against Winona at Art Hass Stadium. Eric Johnson/photodesk@austindailyherald.com 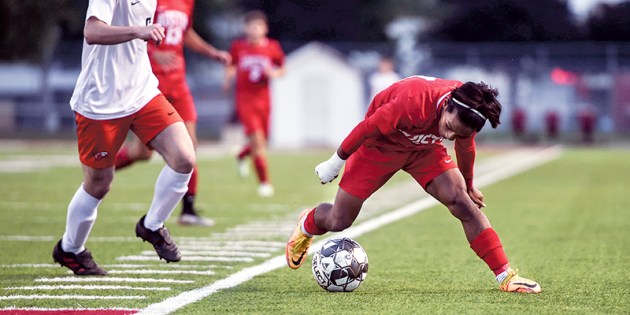 Austin’s Cung Biak Thawng keeps his footing in battle for the ball during the first half Thursday against Winona at Art Hass Stadium. Eric Johnson/photodesk@austindailyherald.com

The Austin boys soccer team put up a playoff level effort against one of the top teams in Section 1AA and while that effort came up short, the Packers showed a lot in a 1-0 loss in front of a packed Homecoming crowd in Art Hass Stadium Thursday.

Winona (7-0-3 overall) scored the game-winning goal Teis Larson angled a shot into the back corner of the net with 6:16 left in the game.

It was the only shot of the night that got past Austin senior keeper Dane Mitchell, who finished with 14 saves – including a diving stop that kept the Packers in the game with 15 minutes left in regulation.

“Winona’s a section opponent and we know we’re going to see them in the postseason. We’re always looking at them and this is one you always want to win. They just got the lucky spark at the end tonight,” Mitchell said. “We can’t keep our heads down. We’ve got to keep picking each other up. We can’t just stop and give up on ourselves. If we do that, we’ll lose every game this season.”

The Packers (3-8 overall) have now lost six of their last seven games, but the team still hasn’t had its full roster on the field for one game this season and Austin continues to push towards improvement, despite being in a slump.

Austin head coach Jens Levisen used an ad that aired after Kobe Bryant passed away to inspire his team recently. The ad spoke of a better me, a better you and a better us.

“The main conversation we had after this one is that as a team are we getting better? Yes, was the answer,” Levisen said. “We’re moving forward and we’re playing strong. We’re figuring out what we need to do to be a better team and be competitive.”

Austin finished with 11 shots on goal and the Packers had some big chances in the final 10 minutes of the game. Oo Reh had a 25-yard free kick stopped with 9:21 left, Collin Berg shot wide and high on a breakaway chance with 6:43 left and Joe Ewing had a deep one-hopper stopped with 15 seconds left in the game.