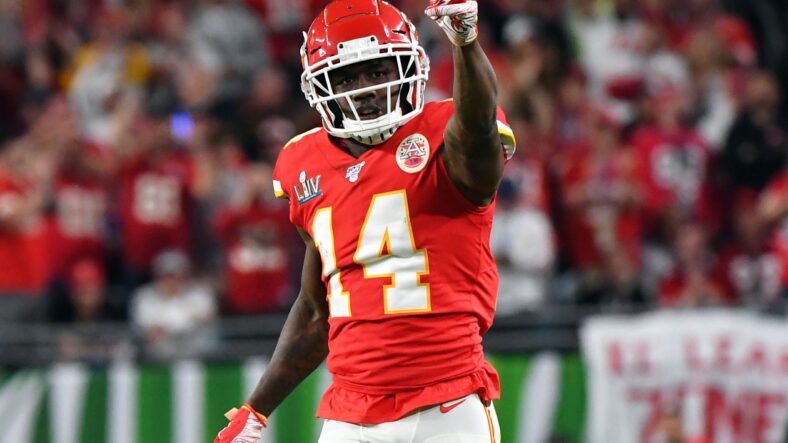 There are few things that we can be certain of on a yearly basis at the NFL level. Even less certainty can be found when deciding which players to start on your fantasy football teams. That said, if there’s one thing that people have been able to count on year after year, it’s Sammy Watkins absolutely owning Week 1 of the NFL season.

After being drafted fourth overall by the Buffalo Bills in 2014, Watkins got his career off to a fast start. Over his first two NFL seasons, the receiver recorded 125 receptions for 2029 yards and 15 touchdowns. That said, an injury-filled 2016 season derailed that promising start to his career, and he struggled to return back to his former WR1 form.

In 2017, the former fourth-overall pick was traded to the Los Angeles Rams where he spent one season before departing for the Kansas City Chiefs. 2018 went largely the same as the previous two years, but then on September 8th, 2019, a legend was born.

In the Kansas City Chiefs opening game against the Jacksonville Jaguars, Watkins absolutely exploded for nine receptions, 198 yards, and a pair of touchdowns. That single game would account for nearly a third of his yardage that season as Watkins recorded just 471 receiving yards over the rest of the season.

Since then, Watkins has yet to truly replicate his magical season-opening performance of 2019, but his trend of big Week 1 performances has continued. In 2020 and 2021, he continued to record season-highs in targets, catches, and yards in the opening game. Here are the stat lines from the past two seasons:

Now, he heads into 2022 with the Green Bay Packers with an opening week matchup against the Minnesota Vikings. Aaron Rodgers and the Packers likely will rely Watkins for another massive Week 1 showing, especially if Allen Lazard misses the game with his ankle injury. It will be up to the Vikings defense to try and reverse the Week 1 Sammy Watkins trend, and if they don’t, it could prove to be a long day for the secondary.

Josh Frey is a Class of 2020 graduate of The College of Idaho. He graduated with a bachelor’s degree in Creative Writing as well as minors in History, Human Biology, and Journalism. When he’s not writing about the NFL, Josh‘s hobbies include training for a marathon, playing video games, and rooting for the Milwaukee Brewers and Bucks. For more of his takes, NFL and otherwise, check out his Twitter account: @Freyed_Chicken