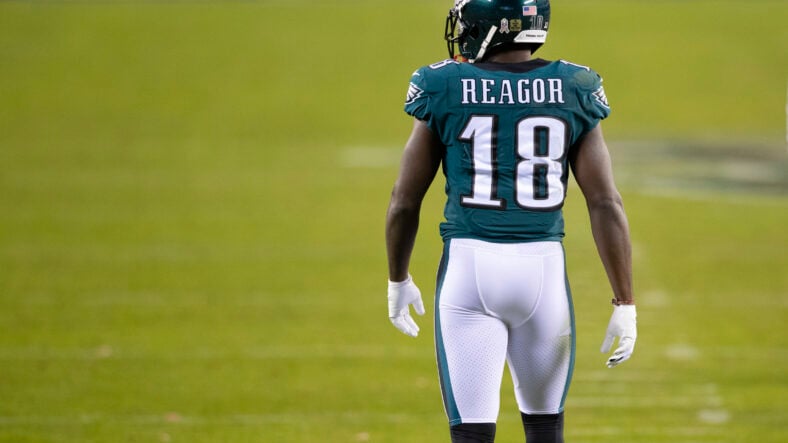 PHILADELPHIA, PA – NOVEMBER 01: Jalen Reagor #18 of the Philadelphia Eagles looks on against the Dallas Cowboys at Lincoln Financial Field on November 1, 2020 in Philadelphia, Pennsylvania. (Photo by Mitchell Leff/Getty Images)

The following is news applicable to the Minnesota Vikings on September 18, 2022 — via tweet. This is updated throughout the day.

The Vikings are on their way to play the Eagles on Monday night.

Cris Carter had his breakout game for the Vikings in Philadelphia. Jalen Reagor is in a similar situation, even if that kind of production is unlikely.

Vikings cornerback Akayleb Evans is ready for the game.

It’s the birthday of not just one, but two Vikings today. Happy Birthday!

Harrison Smith is getting closer to joining a select group of superstars.

A little overview of the Philadelphia Eagles.

The Vikings had their fair share of close games in 2021.