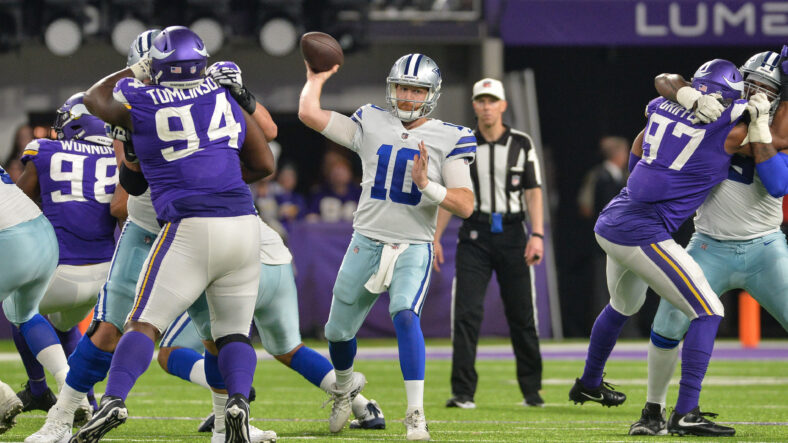 The following is news applicable to the Minnesota Vikings on September 16, 2022 — via tweet. This is updated throughout the day.

Dalvin Tomlinson brought out some special gloves in the Week 1 opener.

Here’s a quick summary of the Week 1 games Vikings vs. Packers. If you missed the game, that’s how it looked.

Kevin O’Connell’s popularity is off the charts.

This fun video features some Vikings players trying to win a challenge. It also reminds some people that they are not very young anymore.

D.J. Wonnum was added to the injury report on Friday. Lewis Cine is still on track to debut on Monday.

Justin Jefferson is happy to be here. And I’m saying this on behalf of every Vikings fan: We’re just as happy that you are here, Justin.

Watch all Justin Jefferson targets of his career day. 184 yards are his new career high.

The Vikings have fans everywhere on the planet.

A wholesome video of Za’Darius Smith and Justin Jefferson. They played their first game as teammates on Sunday.