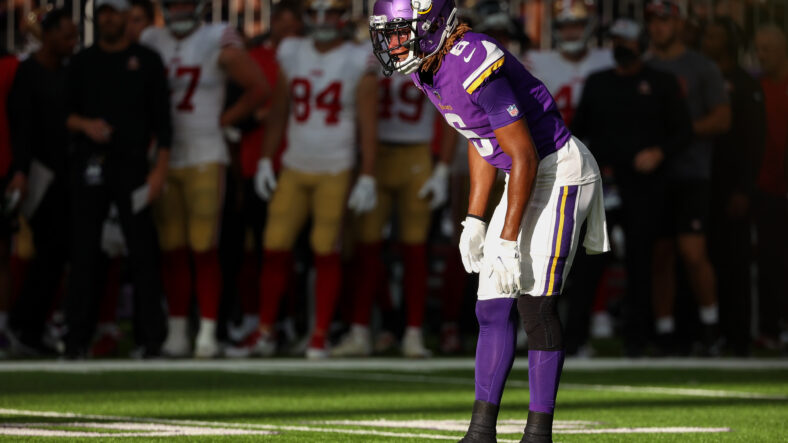 We are finally here. The week the season begins. A season full of hope for the Minnesota Vikings.

With Kwesi Adofo-Mensah and Kevin O’Connell steering the ship for the first time, there is optimism for improvement on the last two bitterly disappointing seasons. Heading into last year, I was expecting 9-11 wins for the Vikings.

Of course, they won only eight games while finishing second in the division but missing out on the playoffs. Leading up to the start of this season, I’ve been thinking 10/11 wins — basically the same as last year but with a bit more belief that we will get at least 10 wins, which should be enough for the playoffs. My final win-loss prediction for the 2022 Vikings is 10-7.

Consequently, that won’t be enough to win the division. That honor will once again go to the Green Bay Packers. Unlike last season, it will be enough to get the Vikings into the playoffs. As a result, it will be a big step for this new look Vikings staff and a solid foundation to build from.

There is much to be optimistic about with the Vikings heading into the season. A new positive approach from the new coaching staff; an offense that is loaded with weapons and an offensive line that looks more solid than it has for a while; new faces and a healthy Danielle Hunter has the defense looking in better shape and people are even talking about Kirk Cousins as an MVP candidate.

On the flip side, there are a lot of question marks. Can Kevin O’Connell make the step up? Is Adam Thielen too old? What are the Vikings going to do about center? Can Hunter and Za’Darius Smith stay healthy? Are Harrison Smith and Patrick Peterson too old? Will any of this year’s rookies step up in Year 1? These are all valid questions that need answering during the course of the season.

So, where are these 10 wins coming from, and what are the seven games I predict the Vikings to fall short? This team needs a good start, and I think they will get one. Beginning with the six games leading up to the Week 7 bye, I have the Vikings going 4-2.

The season opener against Green Bay is huge. If that one goes the other way and is followed by defeat in Philadelphia, then the Vikings are in a difficult position and immediately find themselves playing catch.

I predict no such drama, and O’Connell starts his reign with a big win. Winning the other home games against the divisional foe is a must. Playing all the division home games in the first five weeks gives the Vikings a chance for a strong start, but it means all the road games are at the back end of the season. Early road trips to teams with playoff aspirations will be difficult. The Saints game in London takes away their home advantage and will help with a Vikings win. The other two are too big of an obstacle this early in the season for me.

Next up, the Vikings come out of the bye week with a big game with wildcard implications against the Cardinals. It will be a close game, but I’m predicting the extra rest gives the Vikings the edge. Follow that up with a win against Washington, and the Vikings are flying. Then, they come back down to earth in Buffalo, which brings us to another game I think will have a big say in the wildcard rankings. Victory over Dallas is a must. The Patriots will come to Minnesota and grind out a result, but the Vikings beat the Jets to sit pretty at 8-4 with five games to go.

The Lions will surprise a few teams this season. Because of that, I have them beating the Vikings in Week 14. The Colts make it back-to-back defeats. As a result, the dream of a division title in his debut season for Kevin O’Connell will be over. It will be important for the Vikings to remain focused and get back to winning ways at this point.

Therefore, a home game against the Giants is the perfect opportunity to get back on track. A trip to Lambeau is a bridge too far as the Packers go in search of the number one sees, which leaves us with the Vikings heading to Soldier Field needing a win to make sure of a playoff place. They get the job done against a Bears team rooted at the bottom of the division.

As far as the regular season goes, that is my win-loss prediction for the 2022 Vikings. The playoffs? As they say, “any given Sunday.” Getting this far would be a great achievement for a head coach in his first year. Expectations shouldn’t go overboard, but if things have gone as I predict and this Vikings team does get this far. They will give anyone a game, but it’s too early to think Super Bowl.