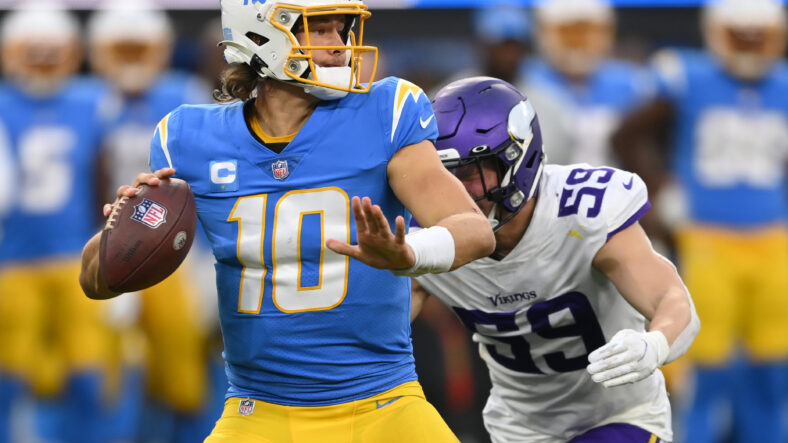 We get this show on the road with a huge Thursday Night Football game between reigning Super Bowl champions the Los Angeles Rams and one of the favorites to take their crown, the Buffalo Bills. What a way to kick off the season.

September is when, for the most part, teams and their fans are optimistic for a good season. For some, that will come to fruition, and for others, the dream will fade for another year. As we get ready, I’ve taken the time to examine the whole league and bring you my NFL 2022 season predictions.

I have the Chiefs taking the number one seed in the AFC, with the Bengals, Colts, and Bills winning their respective divisions. Going through to the playoffs with the four division winners as wild cards, I have the Ravens, Chargers, and Raiders.

That leaves some good football teams looking on from the outside. That is the nature of the strength of the AFC conference at the moment. The West is undoubtedly the strongest division in football right now, and I have the Broncos with the eighth-best record in the conference despite finishing bottom of the division. It’s going to be really tight. The Steelers, Dolphins, and Titans are the other three teams who I expect to be competing for those wild card places.

The Green Bay Packers are my pick for the number one seed in the NFC. Don’t worry, Vikings fans. I also have them down for their annual playoff flop. The Buccaneers, Rams, and Eagles will join them in the playoffs as division winners.

I have the Vikings and 49ers comfortably making the playoffs with the four division winners, while the last wildcard place goes to the Cardinals, who just edge out the Cowboys and the Lions, who I predict to improve this season. The NFC will provide the number one pick for the 2023 draft by way of the Seattle Seahawks. I can see them winning as little as one game.

Once into the playoffs, I see the Bills and Chargers advancing to the AFC championship game and the Rams and 49ers meeting in the NFC championship game. My Super Bowl LVII prediction is for the Buffalo Bills to finally get their hands on the Lombardi Trophy. After four failed attempts in the biggest game of them all, this will be the year they do it, beating the reigning champions in the process and ending the two-year run of winners from the NFC.