The Green Bay Packers will open the 2022 regular season on the road against the rival Minnesota Vikings at U.S. Bank Stadium on Sunday afternoon. Matt LaFleur’s team, fresh off a third-straight 13-win season, are getting the first shot at the Vikings under the new leadership of coach Kevin O’Connell, who replaced Mike Zimmer after previously working under Sean McVay with the Rams.

The Packers are attempting to beat the Vikings in Minneapolis to open the season for the second time in three years. Will the short trip west conclude with a valuable victory over a top division rival?

Here are five things to watch and a prediction for Sunday’s NFC North showdown: 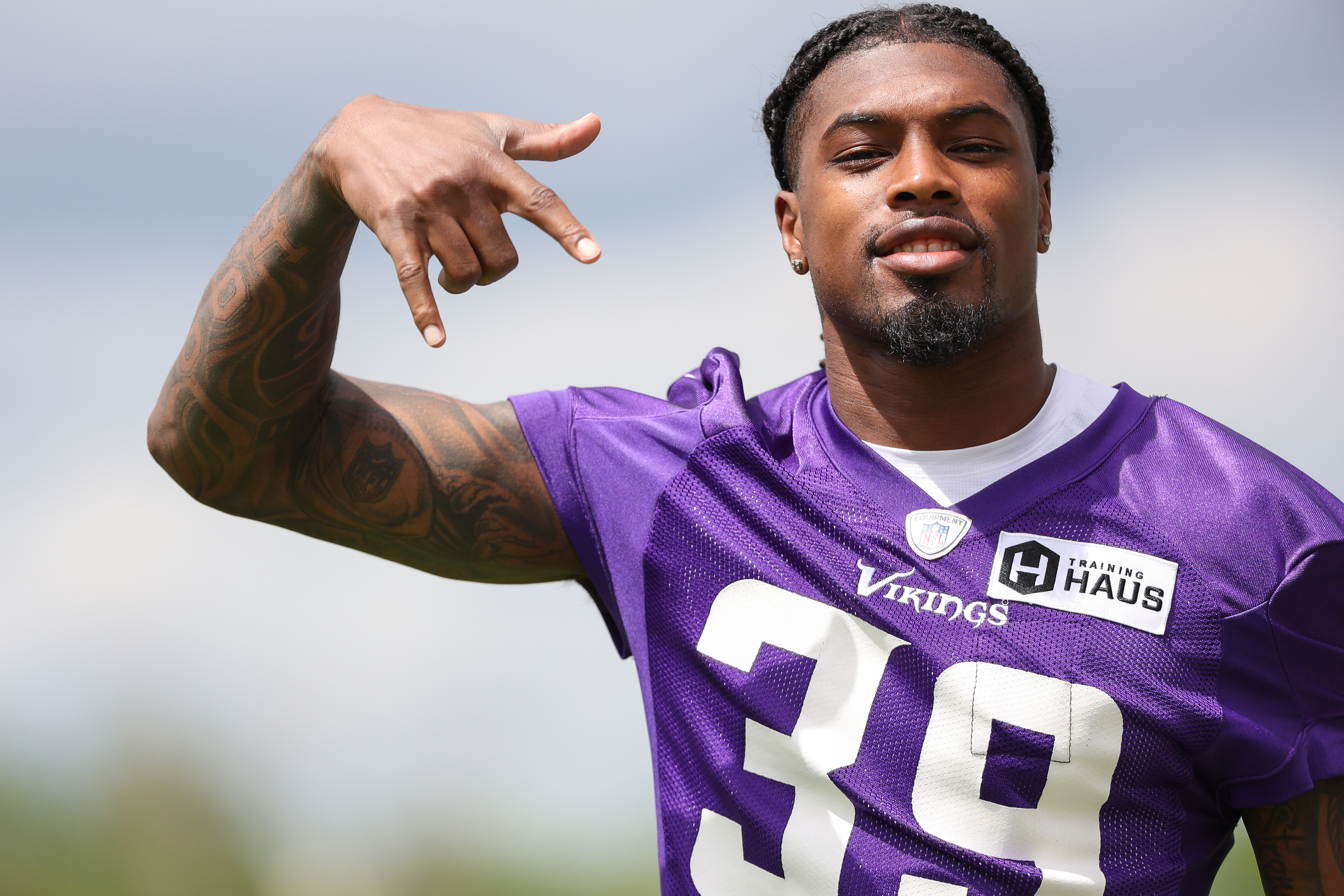 Za’Darius Smith isn’t the only former Packer gearing up to face his old team in the opener. Cornerback Chandon Sullivan is also in Minnesota, and he’ll be the Vikings’ primary slot cornerback on Sunday. That means a lot of matchups against veteran Randall Cobb and potentially Allen Lazard, if he’s good to go. In terms of Smith, the Packers know they have to get the former All-Pro blocked up, especially when he moves inside on obvious passing downs. He can be a game-wrecker, and the presence of Danielle Hunter on the other side complicates the task. In the passing game, it’s possible the Packers can find some easy completions targeting Sullivan, who was up and down as a coverage player in his career in Green Bay. 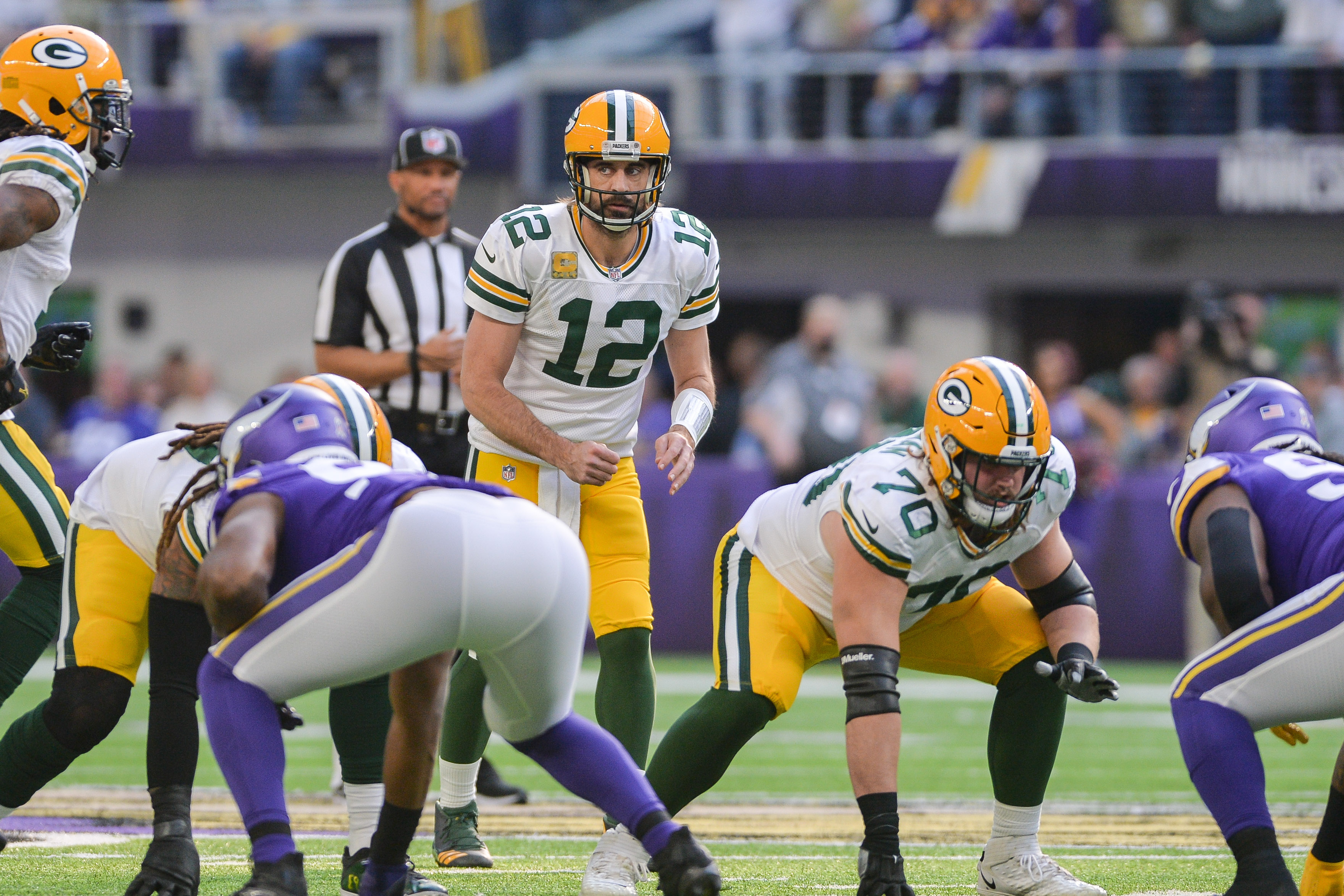 Did you watch the Rams-Bills opener on Thursday night? A simple football truth was obvious: the line of scrimmage is everything. If you can’t get people blocked up on offense, nothing else matters. It’s unclear if David Bakhtiari and Elgton Jenkins will play Sunday, but the Packers need to win the line of scrimmage regardless of who the starting five is along the offensive line. Can the Packers move people in the run game, and give Aaron Rodgers time to throw the football? Protection will be vital, especially as Rodgers and the new receivers get settled in and attempt to establish some timing and chemistry. If the line plays well, the Packers offense will be just fine. If not, it could be a long afternoon in the first game post Davante Adams. 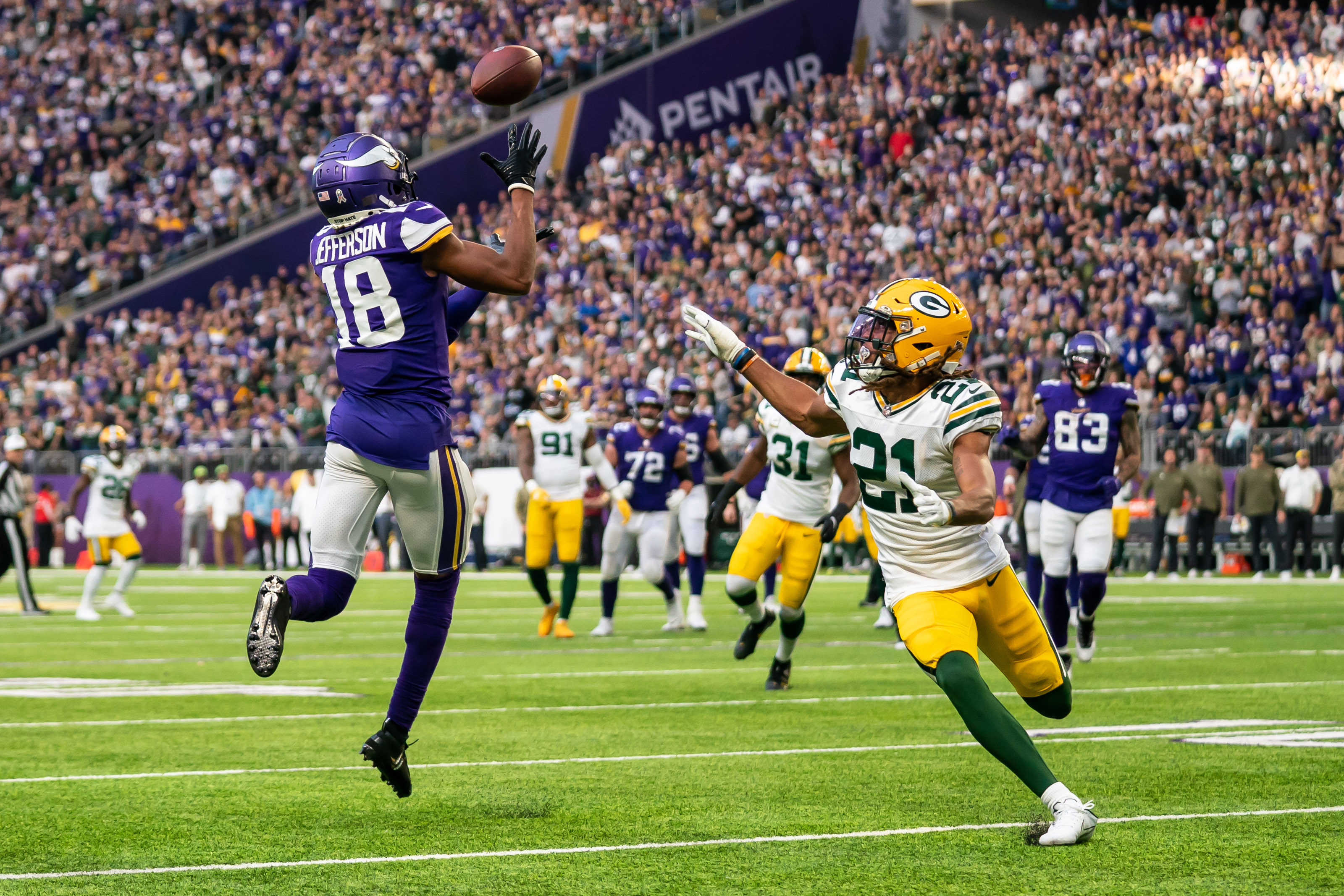 Justin Jefferson, one of the game’s best pass-catchers, torched the Packers for eight catches, 169 yards and two scores in the Vikings’ 34-31 win at U.S. Bank Stadium last season. The All-Pro often got the best of rookie Eric Stokes. This time around, he’ll see more of All-Pro Jaire Alexander, who is healthy and chomping at the bit to get back on the field. The snaps featuring Alexander on Jefferson will create one of the best matchups of Week 1 in the NFL. Elsewhere, Stokes and Rasul Douglas can’t let their guard down; Adam Thielen and K.J. Osborn are highly capable secondary targets. And there will be snaps when Stokes and Douglas get Jefferson in coverage. Overall, this will be a terrific test for the Packers secondary to open the 2022 season. 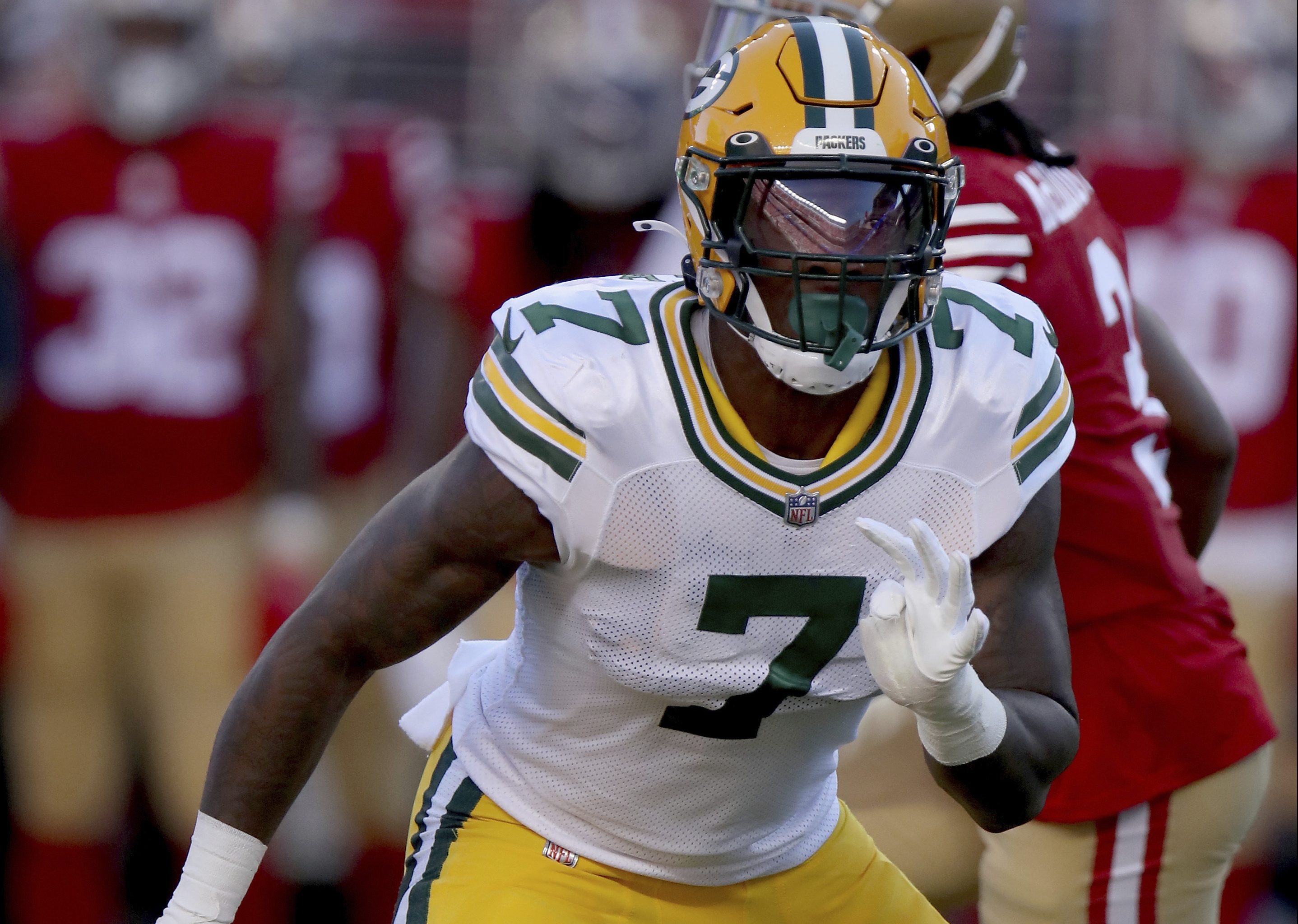 The rookie debuts of three draft picks will be worth watching in the opener. The first is obvious: top pick Quay Walker, who will start next to De’Vondre Campbell and be tasked with tracking down Dalvin Cook and clogging up passing lanes in the middle of the field. This will represent the first time Walker and Campbell – two 6-4 linebackers with 4.5 speed – will be on the field together. They could be menacing, although Walker will probably have a few rookie moments in the opener. On offense, receivers Romeo Doubs and Christian Watson should have roles in the passing game, especially with Allen Lazard nursing an ankle injury. Doubs showed separation talent and flashes of stardom this summer; Watson missed time but his size and speed have to be accounted for on every play. Aaron Rodgers is comfortable with the veterans at receiver, but the rookies need to see the field early this season. Maybe Doubs (in the red zone?) or Watson (on a deep shot?) can make a Week 1 splash. 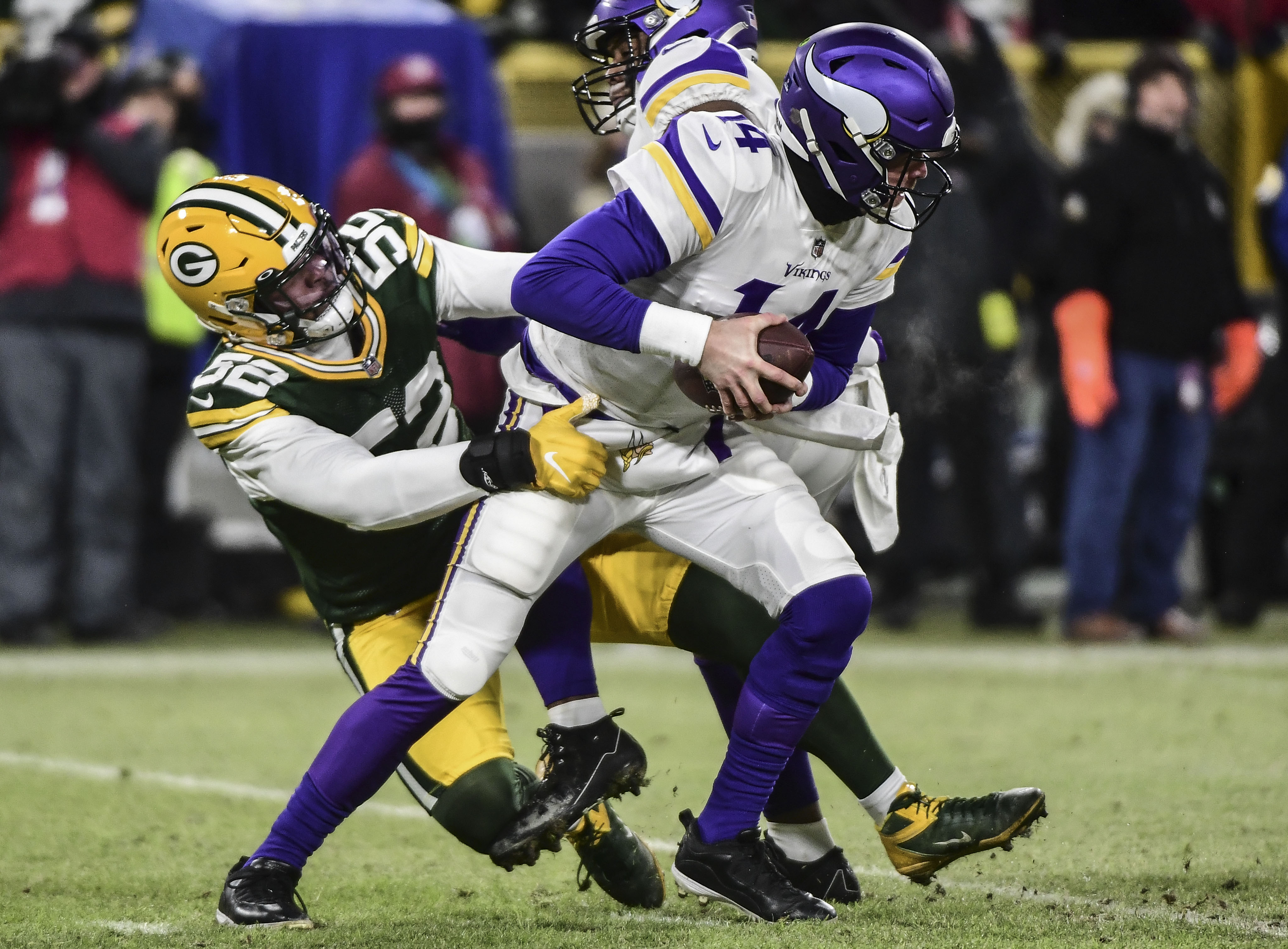 The summer of hype will end for the Packers defense and give way to Week 1, the start of real games. Now is the time for Joe Barry’s group to prove it has elite credentials. This defense is fast, physical and experienced, and many of the starters have played together for years. The position group to watch is the defensive front, which Barry called “special” this week. Can the Vikings keep the waves of Packers disruptors off of Kirk Cousins, who struggles to improvise under pressure? Rashan Gary and Kenny Clark are all-world game-wreckers, but Preston Smith, Dean Lowry and Jarran Reed can all do plenty of damage against one-on-one blocks. Sunday at U.S. Bank Stadium would be an ideal time for the Packers to introduce what could be a devastatingly effective pass-rush to the NFL world. 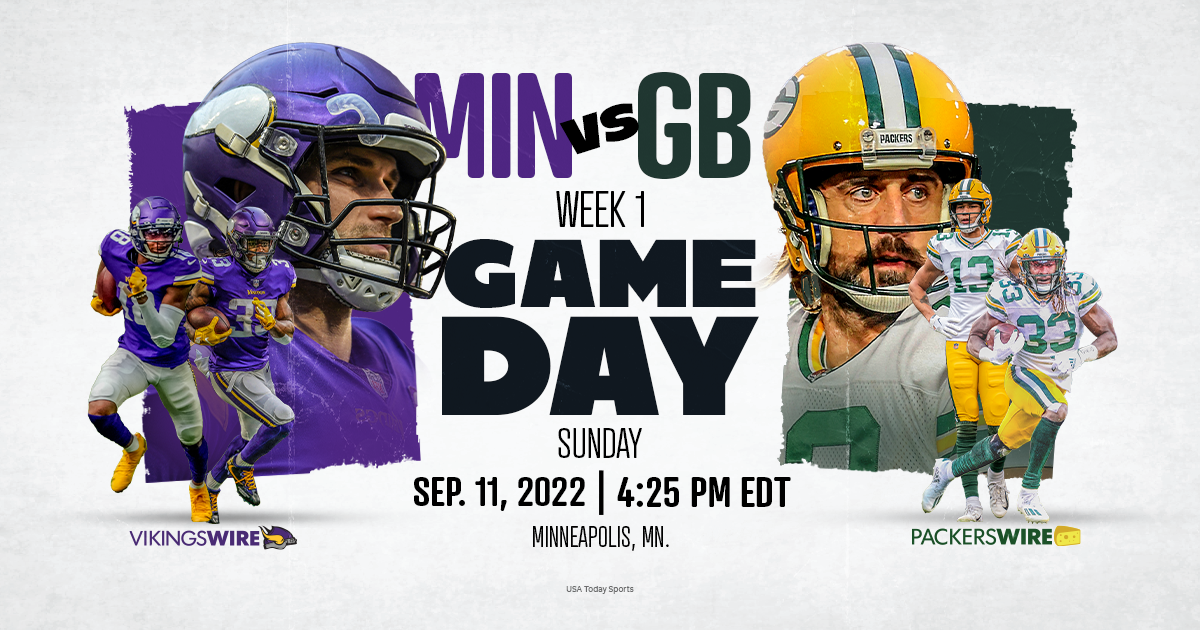 A few guesses here: The Packers will likely struggle on offense early, but the defense will create a turnover (or two) to produce a few easy scoring opportunities that help get Aaron Rodgers going. I think this turns out to be more of a defensive battle than many are probably expecting, especially after last year’s track meet. There are unknowns for the Packers offensive line, the passing game may need time to get on the same page and the crowd noise always plays a factor. But the Packers defense is legit, and I think the disruption of the pass-rush keeps the Vikings on the ropes from start to finish. It’s eventually enough to escape U.S. Bank Stadium with a hard-fought Week 1 victory. A more specific prediction: A strip-sack from Rashan Gary finishes the deal late in the fourth quarter.